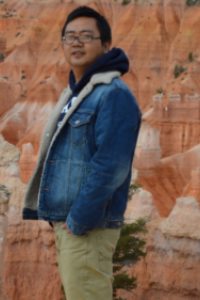 Ying Yang joined the Computer Graphics Group at Yale as a Postdoctoral Associate in April 2013. From September 2009 to March 2013, he pursued his PhD at the School of Engineering and Computing Sciences, Durham University UK. His PhD was funded by the Durham University Doctoral Fellowship. He visited the Department of Computer Graphics of the Max-Planck-Institut für Informatik (MPII), in Saarbrücken, Germany for six months (Aug 2011 to Jan 2012). He received the B.E. degree in Information Security and M.E. degree in Computer Science and Technology from the School of Computer and Communication, Hunan University, China, in 2006 and 2009, respectively.

A list of my publications can be found from Google Scholar.